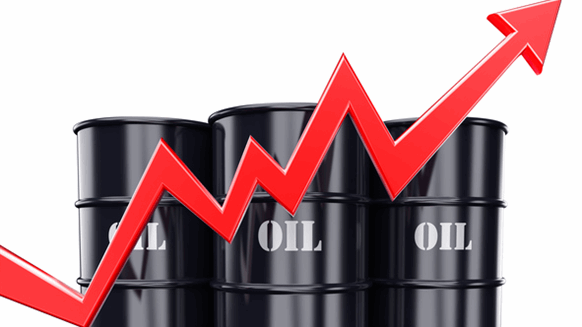 Oil prices were basically flat early on Wednesday, but $80 oil could be just around the corner, according to analyst Jodie Gunzberg, head of commodity and real asset indices at S&P Dow Jones Indices in a CNBC interview on Wednesday.
While prices are holding just below highs from earlier this week after U.S. crude inventories surprisingly declined amid higher demand, Gunzberg sees a “real rebalancing” taking place in the oil market.
The catalysts, Gunzberg explains, are improved OPEC compliance, strong demand growth in China—not to mention Hurricane Harvey, which disrupted US refineries.
“When we look at the index data, we can see the price could move even as high as $80 to $85 (a barrel),” Gunzberg said, noting that this would not happen immediately. “…with their structural backwardation and shortages in the market, you just can’t replenish it overnight,” she said.
Another catalyst for higher oil prices is the fact that Turkey could cut off the crude oil flow from the northern Iraqi region of Kurdistan, Turkish President Recep Tayyip Erdogan said on Monday. That threat has sparked concern that cutting off Kurdish oil could take around 500,000 bpd off the market.
West Texas Intermediate hit US$52.22 a barrel at the close of trade on Monday, up by 3 percent, as the Kurdistan issue, coupled with evidence that the global overhang is depleting, joined forces to push up international benchmarks. WTI is now back in a bull market, having risen more than 20 percent since the June lows. Brent crude settled at US$59.02 on Monday, its highest since July 2015. On Tuesday, Brent settled 1 percent down, as investors took profits after the price had hit a 26-month high the previous day.
Earlier on Wednesday, the EIA reported a draw of 1.8 million barrels in United States crude oil inventories, compared to analyst expectations that inventories would build by 3.422 million barrels for the week ending September 22. Gasoline inventories built for the first time in two weeks, by 1.1 million barrels for the week ending September 22, against an expected draw of 921,000 barrels.
Despite the variance from analyst predictions, oil prices were little changed after the release of inventory data.
“Going forward, oil is likely to remain supported as supply disruptions, combined with solid global demand, will probably continue to lift prices,” ANZ said in a research note, quoted by Reuters.
By Abd~El Hakim, originally published by Oilprice.com